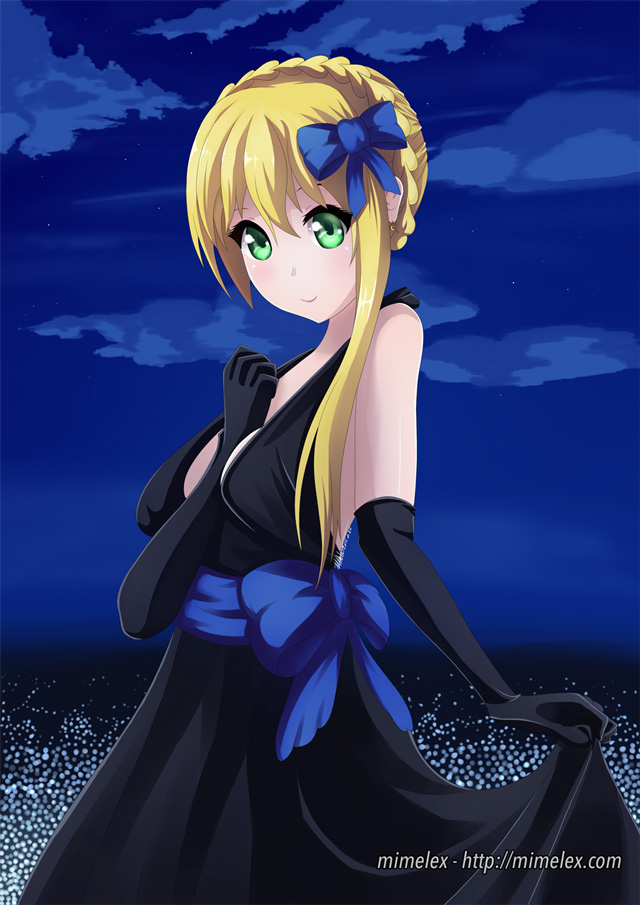 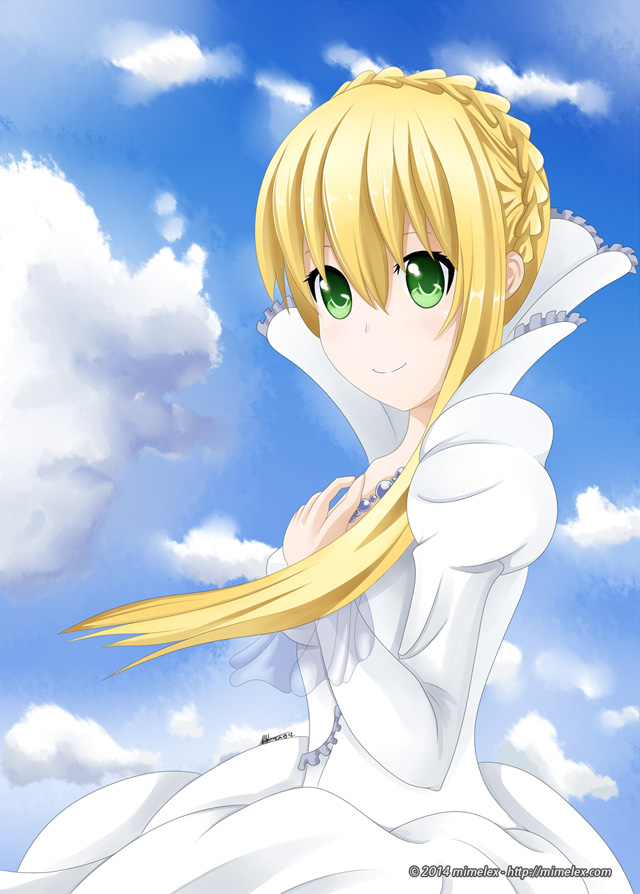 The summer anime season is ending soon, that means I have to hurry up if I want to draw all the girls I showed off last Sunday.

I started with princess Asseylum Vers Allusia (what an annoying long name -_-) from what will surely be my favorite anime this season, Aldnoah.Zero. I tried to make something simple and tried to improve my clouds too, without much success T_T